The Two Sides Of Social Media And Our Kids 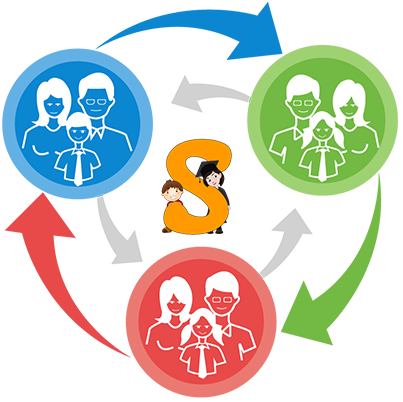 This blog is based on a recent conversation I had with few moms on WhatsApp. A concern was raised by one of the moms of a tween. Her concern was the introduction of social media to her daughter by the child’s best friend. Many parents of tweens would have experienced a similar situation, feeling helpless and confused, when their child is introduced to social media without the parent’s consent. However, there is another set of parents who have created their child’s social media profile even before their child is 13, the legal age to create a profile on social media platforms. It is the choice they made. The result, whichever way the child is introduced to social media, is children lounging around with the screens. Then comes a stage when parents realise the overuse or abuse of the social media, filled with trepidation, they try to control the usage of apps and screen time. Well, that appears to be the most logical thing to do. Or is it?

Every family has to approach this important access in their own way. When we go shopping for groceries, the wall to wall display in the stores offers a range of organic food, processed food, big packs, small packs, attractive deals to buy more and spend more. Every family shops in a different way based on the needs of its family members. Similarly, there are choices galore on social media to spend more time on it. Navigate social media together with your child and let them understand what is safe to choose and what is not, based on their age and their spare time. I introduced my son to social media the day he turned 13, an inexpensive birthday gift, that made him as happy as Larry. He was overjoyed with the idea of connecting with friends and exploring new digital space. But it didn’t take me too long to realise that the hours he was most creative, before the introduction of social media, were now the hours he was lounging with his screen. I have not banned his phone and social media, but what worked for me is mentoring him on the usage and limiting the number of social media apps. However, like most parents, I am still seeking an answer to the question: How bad is social media? All I could glean from reading about social media and talking to other parents is that, like most things in the world, social media too has two sides, the positive and the negative side.

Here are few lines from Salley Vickers book, ‘The Librarian’, that is truly applicable here – ‘Children are citizens of the future and what they are fed and nourished on will form the destiny of our world and the destiny of the beleaguered planet. We have a duty, a moral duty, to ensure that not only the stomachs of our children are fed but also their imagination.’ Therefore, provide access to social media only when the child is in the right age group. We won’t allow our 10-year old to drive a car, right?! It’s the same when it comes to accessing social media.

The good side of social media is that it makes the world seem smaller, connecting with friends and family is cost-effective and fast, one can connect with like-minded people and voice what they feel is important for the society. For parents, it helps when they understand that what their child is doing on social media is part of their identity. When parents are aware of the kind of people the child follows and the kind of things they share, it becomes easy to talk to their child about it, share their own values and offer support if needed. The negatives of social media are the alarming stats that provide links between online time spent and depression and self-harming behaviour, especially amongst youngsters. One way to address this issue is by media mentoring. Most of the time the child has no idea of the possible consequences of their actions online, that’s why, we, the parents, have to constantly mentor. There is no prescribed way to use social media, so I would say – you are a parent and you know what is best for your child.

This blog is submitted by Lakshmi Kolnaty, who is a communication professional and a freelance blogger. She has a special interest in education sector. She made a significant contribution in this sector working with schools in India. Currently, she is a School Governor in UK. She loves art, travel, world culture, meeting interesting people, food and nature.